Metruk (The Abandoned) had an invitation from MiShorts team so I’ve  joined the platform and uploaded my film. Now you can watch & download Metruk by joining the MiShorts as using “join mishorts” button. MiShorts is a “boutique” short film VOD service for indie filmmakers, an online platform to promote themselves and their work to a global audience.

It is exciting experience for me to share my work  via MiShorts platform besides the festivals. I will be waiting for your comments & thoughts. Thank you for your interest.

8’den 8’e SAHİLDEKİLER ( COASTLANDERS 8 to 8 )will be broadcast on IZ TV’s “Indie  Films”. Here is the schedule for July:

Check out its web site for my short film and watch the trailer they prepared.

* Many thanks again to my small crew and all friends who support me and my short film.

from the movie Metruk (The Abandoned)

The 2nd edition of the  Festival International du Film Merveilleux  (The International Fantasy Film Festival) to  be held in Paris from June 30 to July 2nd 2011.  The themes of the Film festival are magic, the imaginary, the marvelous, the supernatural, the occult, the strange, the esoteric, poetry, the fantastic, science -fiction, legends, comics, animated movies and mangas, video games…

The Festival director Benedicte Beaugeois  is also co founder of The Association Talulah.

Here is the complete list of films and the screening schedule

Watch the trailer of the festival

1st  Short Film Competition with the theme Sea (1. Deniz Temalı Kısa Film Yarışması) is being organized with the collaboration of Mersin University and Mersin Chamber of Shipping in Mersin, Turkey. 8’den 8’e SAHİLDEKİLER ( COASTLANDERS 8 to 8 ) is finalist for Best Documentary. The Award Ceremony will be held on 1 July.

Here is the complete list of finalists in all categories

I am proud to announce that  Metruk (The Abandoned) has won the prestigious Award of Merit in the short documentary category from The Indie Fest Film Competition in California, United States. As a short documentary Indie winner, Metruk joins the ranks of other high-profile winners of this internationally respected award.

Thomas Baker, Ph.D., Chairman of the Indie Fest, remarked, “The Indie is not an easy award to win. Entries are received from around the world. The Indie helps set the standard for craft and creativity. The judges were exceptionally pleased with the exceptionally high quality of entries. The goal of The Indie is to help winners achieve the recognition they deserve.”

Indie awards go to those filmmakers who produce fresh, standout entertainment, animation and compelling documentaries. The Indie is a showcase for cinematic gems and unique voices.

Thanks again to Umut Can Sevindik and Alternatiffilm for their support.  This award is a great birthday present for me 🙂

Events, Festivals, Metruk (The Abandoned) May 27, 2011 Leave a comment

Metruk (The Abandoned) has been selected to be part of the 2nd edition of Festival International du Film Merveilleux to  be held in Paris from June 30 to July 2nd 2011.   It will be  screened  at  Theatre Douze, 6 avenue Maurice Ravel, Paris on 2nd July.

The Festival promotes films celebrating the imaginary, the wonder and the magic from all over the world. The Talulah Association also organizes short-film and features film events in Paris ( all themes welcome ) as well as film workshops and ecological awareness.

Watch the trailer of the festival

The screening schedule of Metruk on CinemAmbiente Film Festival

Events, Festivals, Metruk (The Abandoned) May 20, 2011 Leave a comment 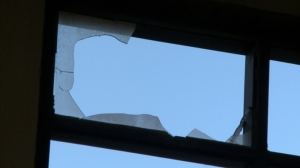 from the movie Metruk (The Abandoned)

Metruk will be screened at the Panorama Cortometraggi-Short Films Section of the 14th CinemAmbiente Environmental Film Festival in Turin, Italy. Here is the screening schedule:

The Award Ceremony and the Closing Party of the above mentioned film festival will take place  at the Eskişehir Culture Center on Sunday, May 15,  2011.

For a complete list of finalist short films see:

Metruk is finalist for the National Short Film Festival

9th National Short Film Festival is being organized by Istanbul Short Filmmakers Association was held on 6,7 and 8 of May.  Metruk has been selected as finalist and screened once per day.