SYNOPSIS: Eminonu ’77 is a Vintage Film was shot with a Super 8 movie camera. Filmed by our father in Istanbul in 1977,  mom and Okan take a small boat from Asian Side to European Side to visit Eminonu town which is especially famous with its historical The New Mosque (Yeni Camii) and traditional pigeon feeding area located front of the mosque. 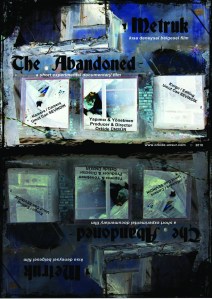 “Feel the lonelyness of the condemned houses…”

Special thanks to Ahmet Sargın, Şenol Şen and my brother Okan Ünsür for their help with my Betacam SP, Mini DV and NTSC DVD master copies…

Synopsis: Condemned houses are like abandoned lovers that once shared good and bad moments. They are disappointed, upset and same proud. Now, because of abandonment and rejection they are left alone for selfdistruction.

They’ll try to survive by resisting the passing of time. Yet if the lover comes back again one day, there is no possibility for living again together in the same house as it is. The house is now disconnected, worn by the weather and the aging of its stillness. The home has no more to offer as it once did.

Filmmaker  Orkide Ünsür is observing the condemned houses in her neighbourhood… 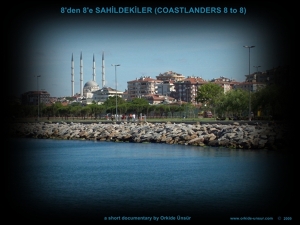 “The first documentary movie about Maltepe Coastline and  Sureyya Beach.”

Synopsis: A hot summer day at  Maltepe coastline in  Istanbul  and the local community -including animals- who share the daily life there accompanied with the brief oral history of the coast and the Sureyya Beach at the background.

COASTLANDERS 8 to 8  was broadcasted on IZ TV during 2011 season.