“The Pack” Dergisinin Röportajı / Being Interviewed by “The Pack”

Being Interviewed by “Her Film”

“Her Film” is a global project to build audiences for films by, for and about women. Her Film is run by Kyna Morgan in collaboration with Marian Evans  and with contributions by Lotus Wollschlager .  Kyna is a screenwriter and producer as well as a film publicity and marketing professional based in the U.S. and Toronto, Canada. Marian is a writer, cultural activist, filmmaker based in Wellington, New Zealand. She is the author of the Wellywood Woman blog and podcast.  Lotus is the official Her Film Reviewer, and an avid movie enthusiast based in U.S.

“Her Film” begins its country-focused series with female filmmakers and I’m honored and glad to be the first interviewee from Turkey.  Many thanks for their interest and support.

Making a short film is a challenge…

“COASTLANDERS 8 to 8” is in “Balıkesir Cinema Days” 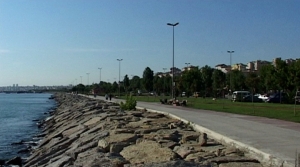 “4th Balıkesir Cinema Days” which is organized by SAMDER (Balıkesir Association of  Cinema Amateurs ) will be held on 1-6 June 2010. “8’den 8’e SAHİLDEKİLER /COASTLANDERS 8 to 8″  is selected for this organization and it ill be screened on Friday June 4.

“Kent Meydanı AVM 4th  Short Film Days” which is collaborated by BUFSAD, InSanat Association and Kent Meydanı AVM will be held on 7-9 May 2010 in Bursa. During the festival, “8’den 8’e SAHİLDEKİLER / COASTLANDERS 8 to 8” will be screened on Saturday 8 th May 2010.

There was an error retrieving images from Instagram. An attempt will be remade in a few minutes.