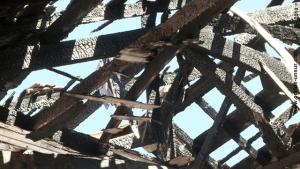 from the film Metruk (The Abandoned)

At the beginning of the new year,  I am happily announcing that Metruk (The Abandoned) has been selected for the screening at the 7th IAWRT Asian Women’s Films Festival 2011.

The India Chapter of the International Association of Women in Radio and Television (IAWRT) is organizing the 7th Asian Women’s Film Festival and this year’s theme is WAYS OF SEEING: RHETORIC AND REALITY.

The festival will be held at the India International Center in New Delhi on 7- 8 March 2011.